It’s arguable among many that Niantic has tweaked the game mechanics of Ingress to favor offense, however defensive Mods, recharging, and the mitigation provided by linking can contribute to various defensive strategies.  It’s unlikely you’re going to indefinitely keep your pet portals if your opponents are vigilant, but with the right tactics it is possible to maximize your adversary’s expenditure of resources, namely time and inventory, by remote recharging, recharging on site, and redeploying shields.

Remote recharging can ultimately be a losing strategy; shields pop off, links fall, and the Niantic servers generally seem to prioritize attack traffic over recharging (this last point is based only on personal experience and no hard data).  That being said, there are many tactics you can employ to maximize your challenger’s expenditure of inventory.  First, if you don’t already know your attacker, identify them.  With a long press in Comm on their agent name you can view their profile and identify their level. 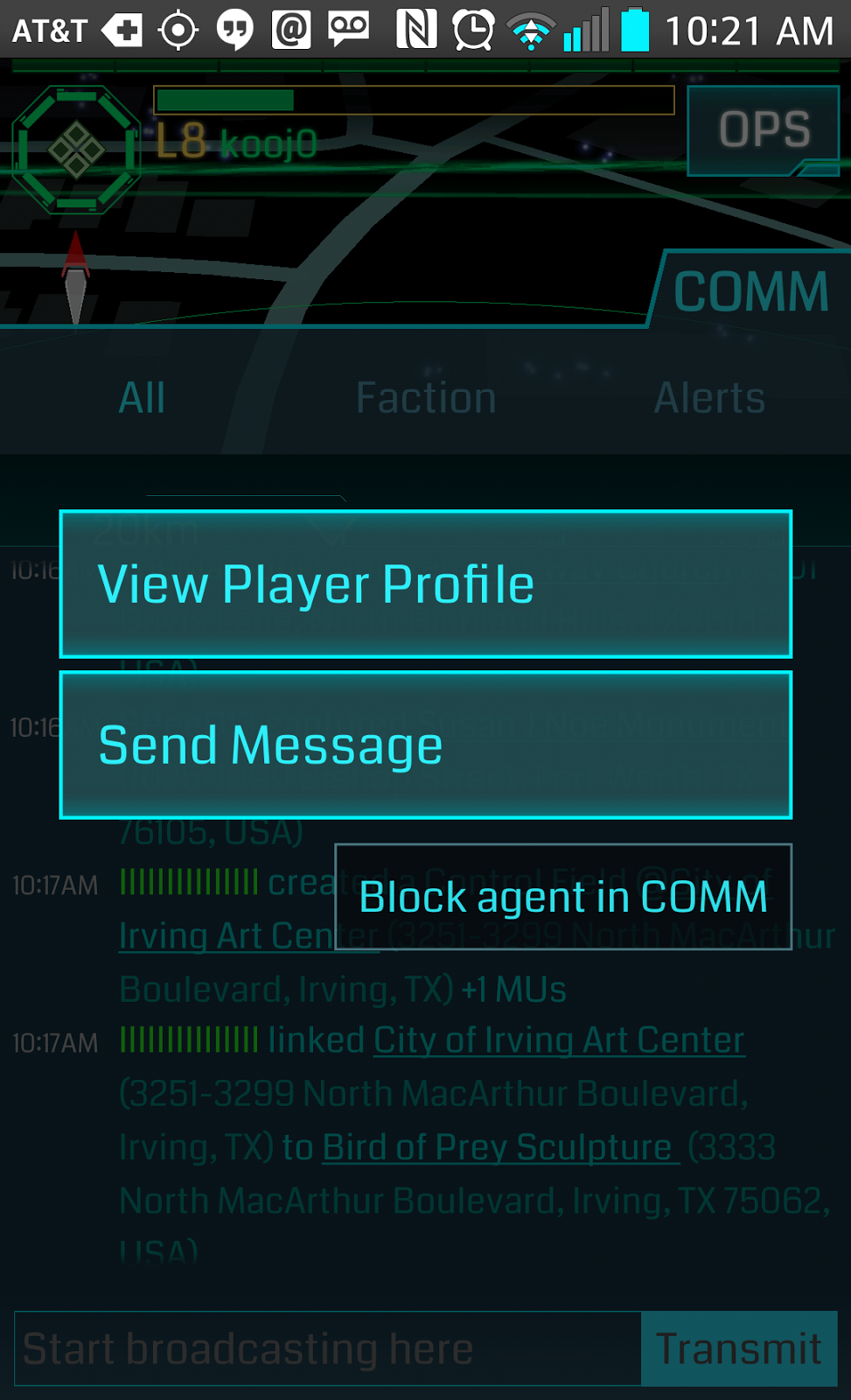 If they’re level 5 or lower using Recharge All can be effective, but starting with Level 6 XMP bursters the spread of attack is so great it is generally better to focus on recharging only the high level resonators on the portal, specifically high level resonators at opposite compass points. 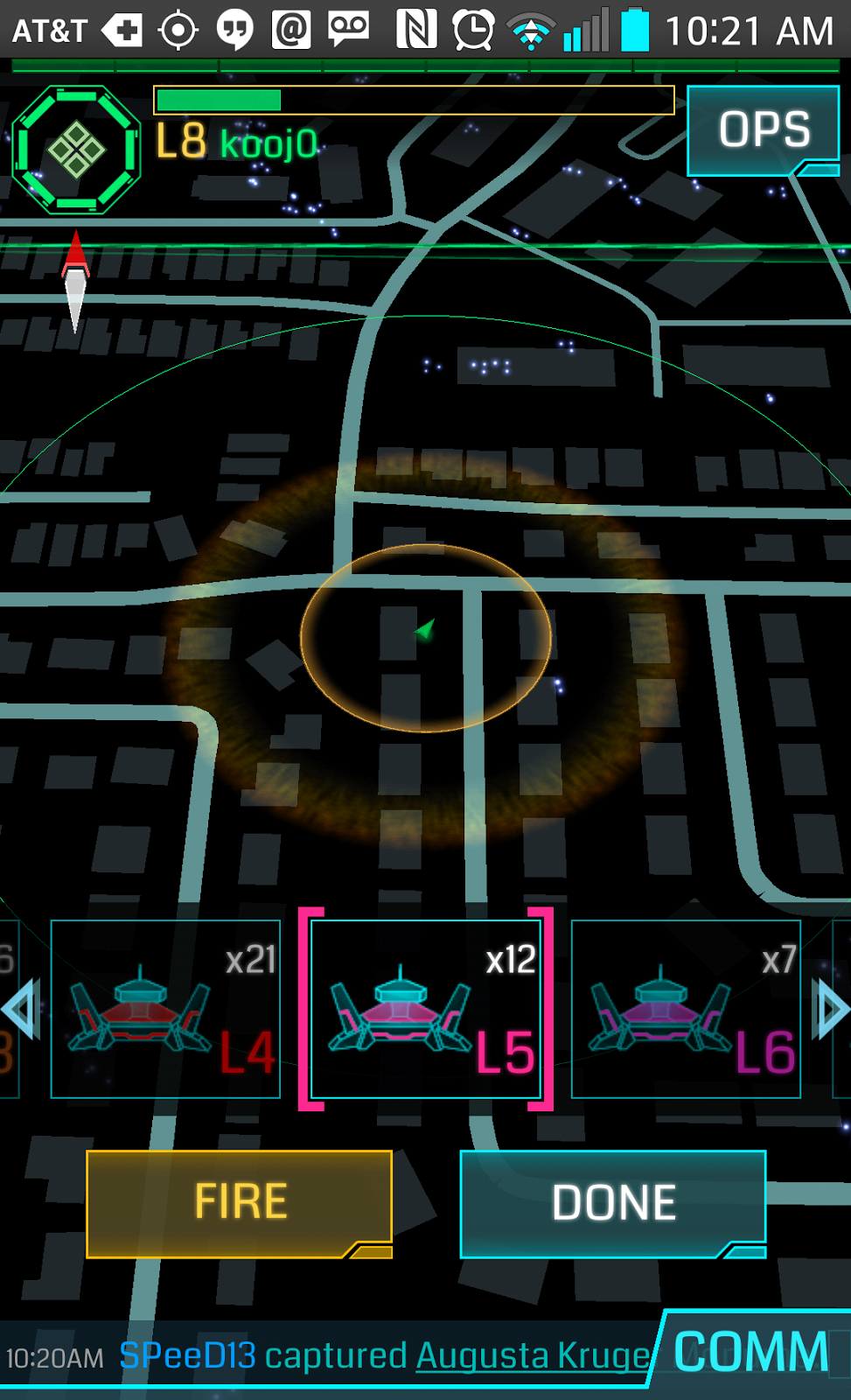 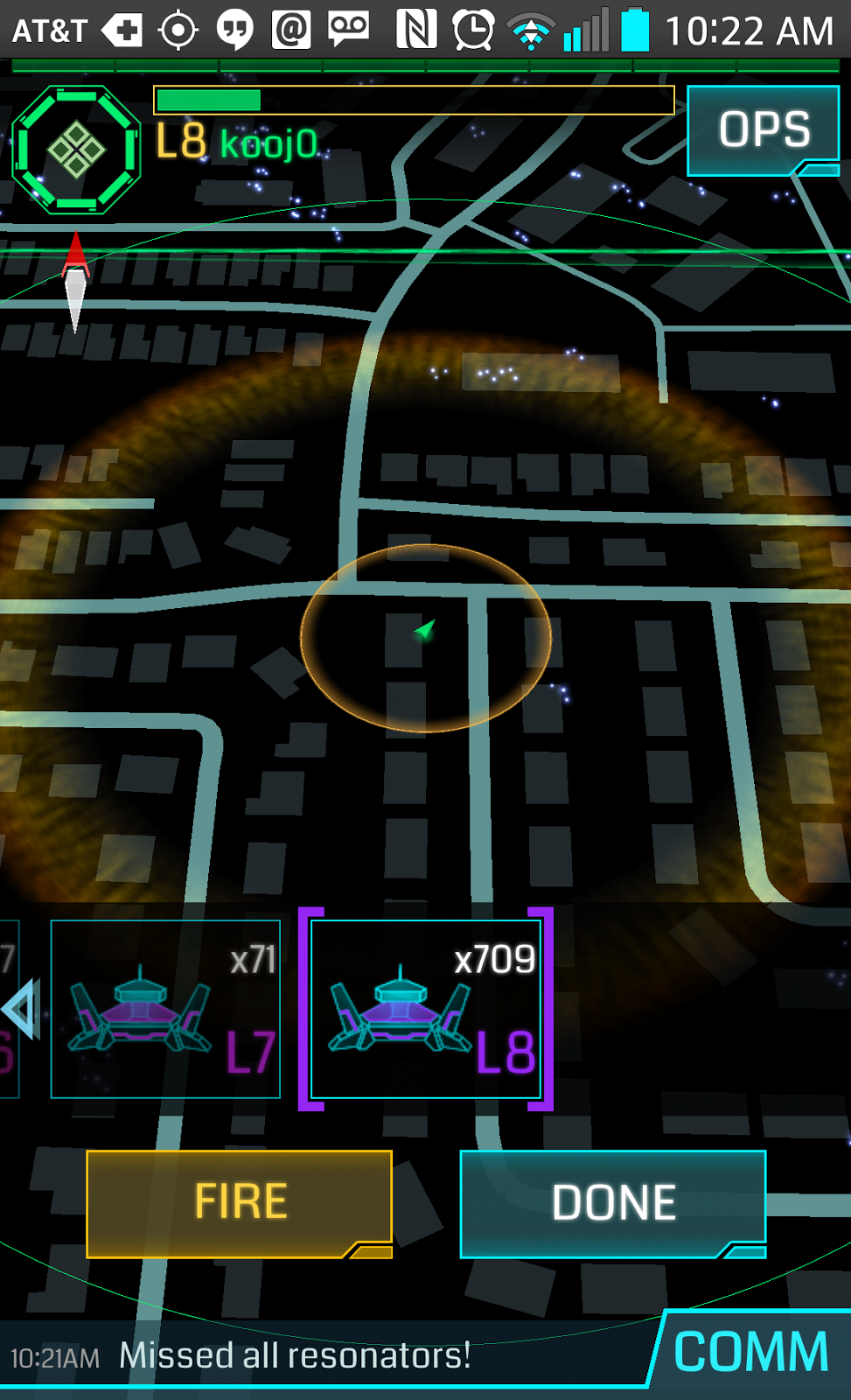 Additionally, you will run out of XM while recharging.  Regarding Power Cubes, using your highest level cubes for defense and reserving your lower and middle level cubes for offense is best.  On attack, you will generally lose a significant percentage of XM from portal zap, but during defense you will get to use 100% of the cube’s value in your efforts, getting you more bang for your buck from the larger XM return.  Additionally, using the larger cubes means you will have to dig into inventory fewer times in order to rejuvenate your XM, thus maximizing your time spent defending.  Defending is much more time sensitive than attacking, and the less you have to dig into your inventory while recharging the better.

While you’re identifying opponents, using Power Cubes, and recharging, you will also want to check the portal Mods.  If the portal has no shields to begin with, know that you are very likely fighting a losing battle and you shouldn’t expend too many cubes in defending the portal.  Even with a full load out of shields and defensive Mods, these Mods can be popped off during attack.  It is wise to keep on top of what defenses remain so that you don’t pour too much into a losing defense.

Alternatively, this is where on site defense is far superior to remote recharging.  When you’re on site defending a portal the defensive modifications can be redeployed.  Many players will race about collecting XM to recharge with, but if your Power Cube pockets are deep enough it is better to stay at the portal, recharge your XM with Cubes, and redeploy Shields whenever you can.  Additionally, Recharge All becomes more important with onsite than with remote recharging.  Since you can redeploy shields, holding the portal becomes more viable, and maintaining portal links for the mitigation (maximum of 40 points for 8 links) is much more important.  If you lose too many resonators the links will start to fall and your opponent’s XMP will become more effective.

It is prudent to remember, though, that the game mechanics favor offense, and in some if not many cases it is best to let more vigilant or better equipped opponents flip the portal and drive away, with you waiting to take the portal back and redeploy shields after the fact.  It all comes down to gauging the fight, sizing up your opponent, and determining how much of your resources are the optimal investment to make your defense an expensive challenge.

Lastly, having portals worth recharging can be the most important factor, and this shall be covered in the next article, “We Built This City”, where portal defense planning will be explored.

Matt Robbins is a Senior Systems Engineer, Technical Writer, and the bass player for Sons of Ena (facebook.com/SonsOfEna).  He’s been a Level 8 Enlightened agent since May ’13, he’s a former Barcode, and he plays actively in Dallas and Fort Worth.