Trending
You are at:Home»Stories»The Roots of 13Magnus
By Guest Writer on January 9, 2014 Stories

The Roots of 13Magnus – XM in History

I believe I may have uncovered a possible historic 13 Magnus Group and the makings of a network of sub-groups with the same goals and agendas.  The network is complex with individuals playing the roles and tinkering with the balance of positive XM and negative XM.  Individuals who backgrounds and influence shaped the world as we know it.

My findings lead me to believe an ancient group or gentlemen’s club called the “Hellfire Club” may be a historic 13 Magnus Group.  This club would have secret meetings  with a select group of individuals, and partake in many rituals of both positive and negative aspects.

The locations of these meetings were sometimes secret and hidden, but one was publicly known.  One said meeting location was near Medmenham Abbey in London which is pictured to the left. [1]

Some aspects of the site may have changed over time, but it still has the resemblance of the current resistance key symbol used today.

Sir Francis Dashwood started this particular club after returning from his tour of Europe in his early years. He visited France, Germany, Russia and Italy.  While in Italy, he visited the excavations of the Herculaneum. [3]  Which was a whole town buried by a Volcanic Eruption or perhaps, an XM related anomaly?

I think his visit to that location was for a reason other than tourism.  Take note of our current view via our scanners at this location in the image to the right.  It seems that even though we are part of this XM gathering and balancing act we are still kept in the dark as to how things are and perhaps were. Could the image to the left be of an inverted enlightened eye. Both images are of the same location, with one the way they would like us to see it.  Using current day maps you can zoom in and see that there are 12 particular areas around the center circle of this common day park. Making for a perfect ritual location for 13 individuals.  You can make several of the agent insignia badges in our current scanner that all resemble this one place that’s so close to a devastating site in history.

Dashwood could have been a historic enlightened agent, but I believe that the groups were of mixed factions or alliances. With some members balancing the effects of positive and negative XM to their benefit.  With such a mix of people trying to control and influence or shape the future there were obvious hidden agendas and personal vendettas.

For instance John Montagu, the 4th Earl of Sandwich, who was a military leader, politician, post-master, and yes, believed to have invented the sandwich had a particular run in with John Wilkes.  Montagu was successful in prosecuting  John Wilkes, a fellow “Hellfire Club” member while he was secretary of state. [4]  John Wilkes was an English radical, journalist, politician and also a member in a group called the Odd fellows.

This is where I feel that each 13 Magnus Group is really a larger head of smaller sub-groups.  With colonists and possibly XM spreading out across the planet, the need for a more widespread network may have arisen. Perhaps each smaller group would send their leader, or head to the 13 Magnus meetings to report issues, or findings. This could have branched out into many different groups and sects, all reporting back to someone who would eventually be in the 13 Magnus chamber.

One of these particular groups that has come to my attention is the Freemasons.

This particular group was set up to protect and care for their member and their communities. What were they defending against?  Is this the point in which groups weren’t of mixed factions?  Are clear lines of support and resist drawn here within these smaller sects?  Many historically significant people were thought to be Freemasons. All of the founding fathers of the “thirteen colonies” were members.  They all met together and called themselves the “Continental Congress”  The first meeting was held in Carpenter’s Hall in Philadelphia, Pennsylvania.  Some people in attendance were William Hooper, George Washington, Patrick Henry, and John Adams.  It is written in the history books that Benjamin Franklin put forth the idea of such a meeting the year prior, but was unable to convince the colonies of its need.

It seems that so many of these coincidences lead and point to a common name in American history.  Benjamin Franklin!  I had to branch off from my research tracking down these particular groups to see how strong the ties were to this one man.  This is what I’ve found:

Benjamin Franklin was not only a member of the “Hellfire Club”, but he was also a Freemason and a founding father of the 13 American colonies.  He had a profound role in defining the practical values, community spirit, and opposition to authoritarianism both political and religious, with the scientific and tolerant values of the Enlightenment.  It’s right there in the books, but they didn’t know the significance that we do today. There’s more.

He was an author, printer, post-master, scientist, inventor and diplomat. As a scientist he was a major figure in American Enlightenment.  Take a look at some of his inventions. The glass armonica, the lightning rod, and the odometer.[5] 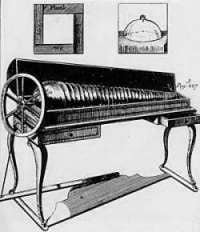 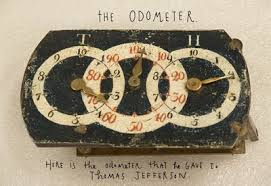 We are told what they think these devices were created for, but could they have been a way for Franklin to harvest XM and use it to his benefit? Historian Henry Steele Commager once said, “ In a Franklin could be merged the virtues of Puritanism without its defects, the illumination of the Enlightenment without its heat.” [6]  Without its heat? What does he mean by that? Was Franklin able to walk a tight-rope and reap the benefits of XM.  He was one of the most advanced Americans of his age. At the age of 20 he developed 13 values in which to cultivate his character by. Which he practiced in some form for the rest of his life. [7] And perhaps after? These values were:

13 Shards or I mean values, hmm sounds very familiar.  Two years later In 1728, he wrote his own epitaph. It read: The body of B. Franklin printer; like the cover of an old book, its contents torn out, and stript of its lettering and gilding, lies here, food for worms. But the work shall not be wholly lost: for it will as he believ’d, appear once more, in a new and more perfect edition, corrected, and amended by the author. [8]  When Franklin had moved to more scientific aspects in his life he corresponded with a French scientist on the subject of preserving the dead for later revival by more advanced scientific methods.  He wrote:  I should prefer to an ordinary death, being immersed with a few friends in a cask of madeira, until that time, then to be recalled to life by the solar warmth of my dear country! But in all probability, we live in a century too little advanced, and too near the infancy of science, to see such an art brought in our time to it’s perfection. [9,10]   Well Mr. Franklin, I believe that you were 285 years off from when that would become possible.

As eerie as this information is, it’s just history.  Not at all important to those oblivious to its existence.  Keep running from portal to portal, capturing and recapturing, fielding and linking as you wish.  If we don’t learn from what has happened in the past and find the answers that are right there for us to see, the cycle will continue.  This is just the tip of the iceberg with the information I’ve uncovered.  I’ve got more on the Founding Fathers to come.

The Roots of 13Magnus