We Built This City

In the previous article Kenny Roger’s song “The Gambler” is cited, and the Gambler’s advice in poker is telling in that 75% of his advice is knowing when to quit.  There’s a parallel between Ingress and poker, because in poker not every hand is worth betting on, and even a “winning” hand won’t take the pot unless played right.  In Ingress, not every portal is worth defending, and even if your portal has the best defenses you could conceive of, it might not hold up under various circumstances.  That said, there are ways to stack the deck in your favor using Mods the right way, optimizing your use of keys and links, and ways to manipulate your opponents into wasting their time and inventory.

Resonator deployment and Shields are the fundamentals of building portals worth defending.  You need to deploy the highest level resonators at opposite compass points, and save the more rare shields for the portals you’re more likely to attempt to defend. Turrets and Force Amps are less understood, and in the simplest terms Turrets increase the odds that a portal will zap an opponent during a hack or attack, and Force Amps increase the amount of damage done when a portal zap occurs.  Attack frequency is static regardless of level, but attack damage scales with the level of the portal (see Attacking Portals – DeCode Ingress).  For this reason, both Turrets and Force Amps should be reserved for higher level portals, or for portals you’re confident your teammates will upgrade with high level resonators.

It’s important to realize not just what Shields, Turrets, and Force Amps provide, but also what they cost your opponent.  Ultimately, Shields cost your opponent XMP, requiring them to spend more of them to bring your portal down, whereas Turrets and Force Amps cost your assailant XM.  Another way of viewing this is that Shields cost inventory, whereas Turrets and Force amps cost time.  Time wise, XMP are relatively easy to harvest, whereas XM, either via field traffic or Power Cubes, require more time or increased farming to gather.

Now that agents are limited to two Mod deployments per portal their deployment requires cooperation and communication to get all four slots occupied.  Ultimately, Shields should have the highest priority and should be deployed first, followed by a Turret and/or Force Amp, then finally a Heat Sink and/or Multi Hack if at all.  Turrets and Force Amps should be deployed singularly, even on a level 8 portal since every slot they take up is one less slot for a Shield to provide mitigation.  A portal with all four slots taken up by Turrets and Force Amps will sting nastily when hacked or attacked by a foe, but it won’t last very long against any attack of level 6 or higher.

Additionally, links to and from a portal provide mitigation, and they can contribute substantially to providing defense to a portal. 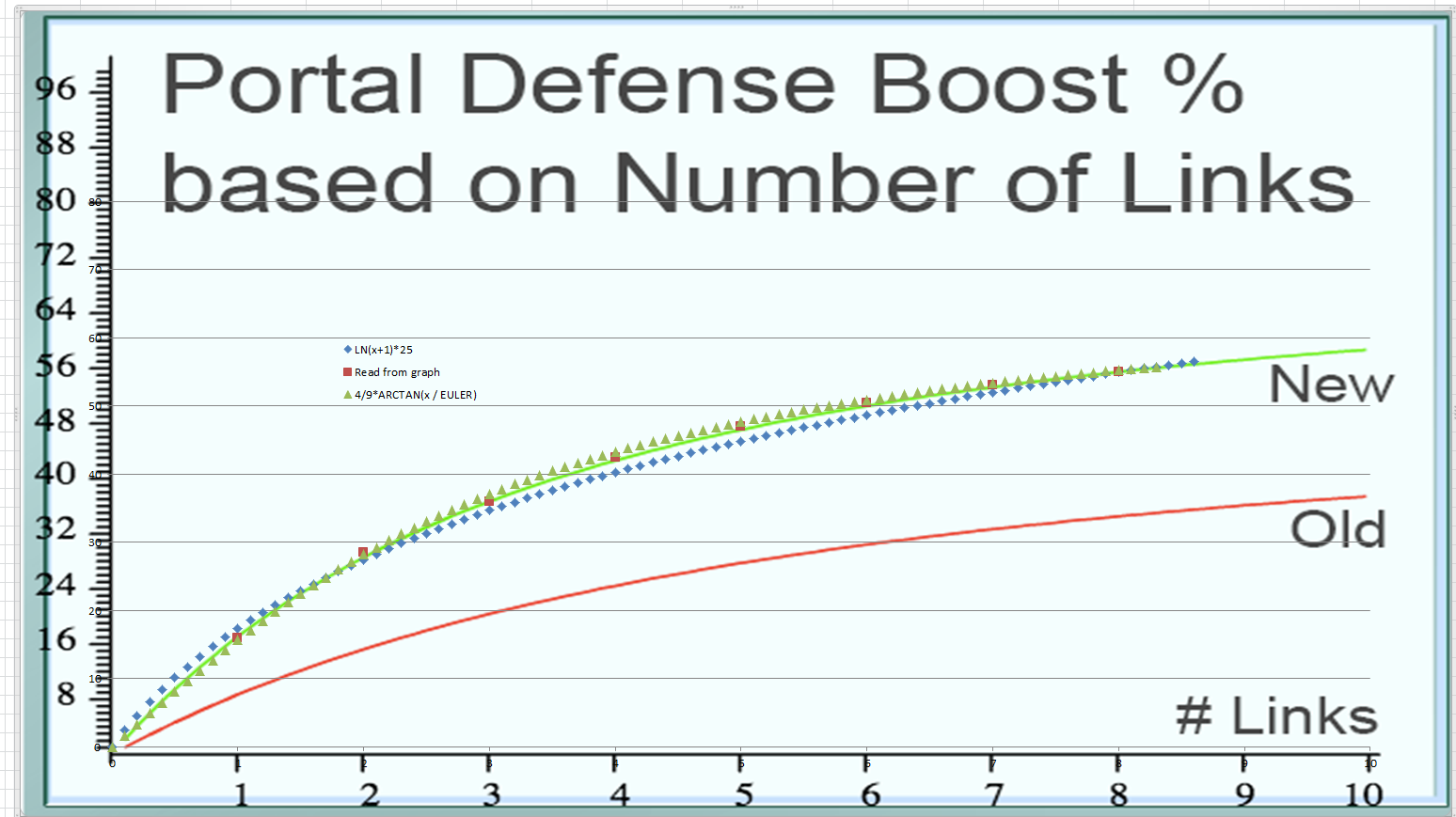 It’s important to note that while links provide mitigation, they also provide AP when destroyed by your opponent, unlike shields, and this is something to consider when planning your defense.  Likewise, destroyed fields provide AP, and provide zero mitigation advantage.  It is difficult to avoid creating fields when throwing out many links to and from portals, but it is an issue worth consideration. Striking a balance between total defense and AP attractiveness of the portal is something to consider.

If AP denial is your highest priority, you may want to consider a minimalist approach.  Many agents have heard of the Dick Deploy, aka The Richard. 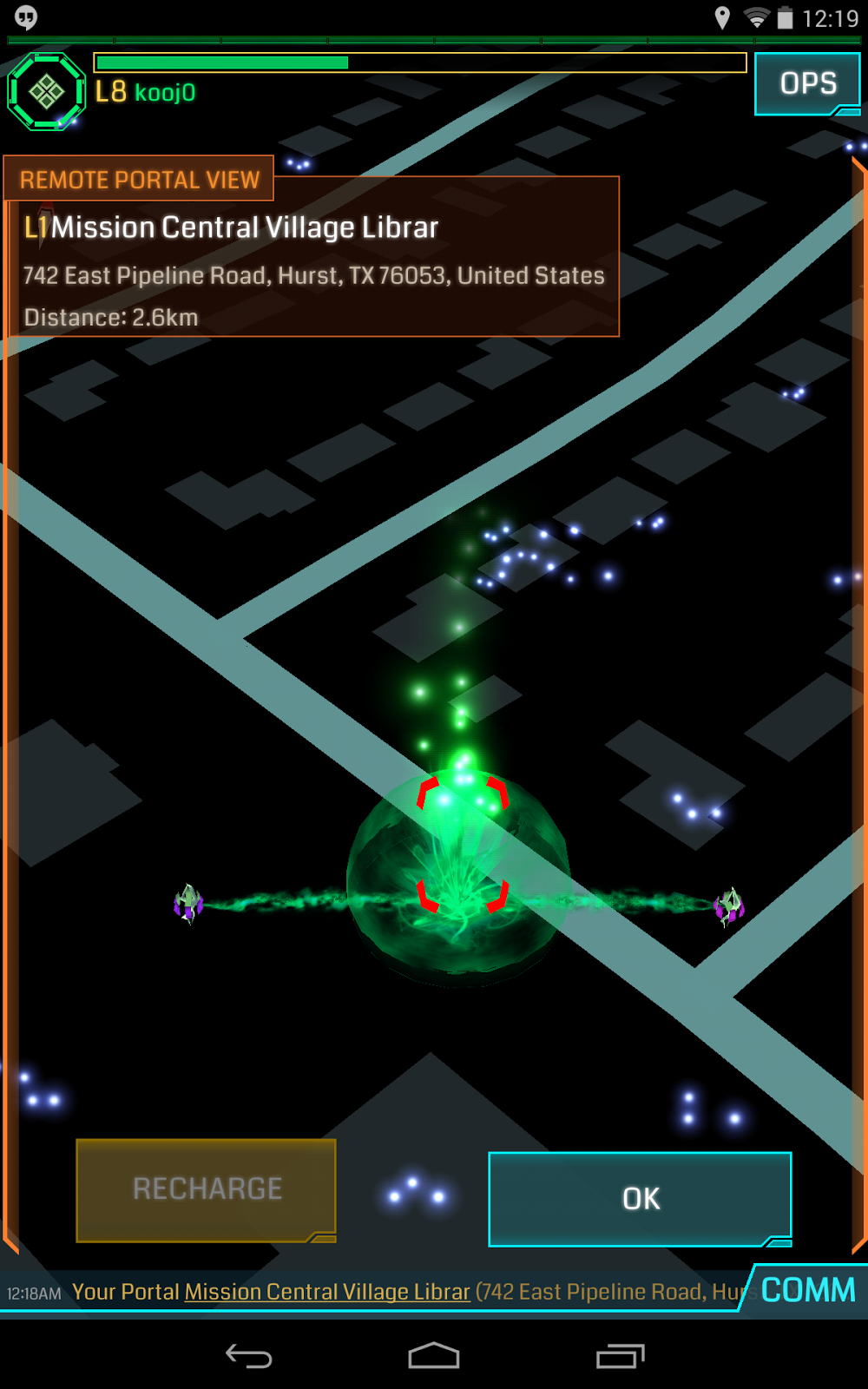 The addition of one or more Shields adds to the XMP cost and time required to take down the portal without adding any AP gain.  Conversely, Turrets and Force Amps are at best risky (if none of your teammates ever upgrade the portal) and at worst wasteful since they are increasing the attack stats of a level 1 portal.

In regards to recharging, using Recharge All on any of the Dick Deploy variants is optimal and incredibly efficient.  Instead of having to worry that your XM is being optimized at opposite compass points, this will happen via Recharge All automatically with this deployment.  Without the portal being fully deployed the portal cannot be linked, and therefore cannot gain mitigation from linking, but this is part and parcel with the strategy of providing optimal defense with minimum AP and stat gain for your rivals.  This strategy also maximizes potential AP gain for your allies, since lower level agents of your faction can come along at a later time to deploy resonators and provide links.

Many agents have also heard of the “Dick Move”, deploying low level resonators, Link Amps, and then employing a flip card on the portal.  This isn’t just a way to annoy your opponent (although in this capacity it does excel), it can be the most viable way to contain a hotly contested portal.  This implementation can only be undone either by waiting a week for all of the resonators to decay, or by waiting an hour, using a flip card themselves, and then destroying the portal in order to get their preferred Mods redeployed.  Either way, this is the highest conceivable cost for your adversaries when taking over their pet portals.

Ultimately, your defense plan hinges on what resources you want to deplete from the other faction.  Optimizing mitigation will be best at depleting inventories, while Turrets and Force Amps are better for making your opponents spend more time in taking your portal down.  In a way, the Dick Deploys can be seen as “costing” the other faction AP, or at least denying them AP they otherwise would have gained from a fully deployed and linked portal.  No defense is impenetrable, and working around all of these recharge and deployment strategies will be covered in the next article, “Desperado”.

“We Built This City” – Jefferson Starship

Matt Robbins is a Senior Systems Engineer, Technical Writer, and the bass player for Sons of Ena (facebook.com/SonsOfEna).  He’s been a Level 8 Enlightened agent since May ’13, he’s a former Barcode, and he plays actively in Dallas and Fort Worth.

Matt Robbins is a Senior Systems Engineer, Technical Writer, and the bass player for Sons of Ena (facebook.com/SonsOfEna). He’s been a Level 8 Enlightened agent since May ’13, he’s a former Barcode, and he plays actively in Dallas and Fort Worth.