Trending
You are at:Home»Stories»The Stream Enterer
By Guest Writer on April 8, 2014 Stories

In our ongoing DI Guest writer series, Mike Wright ( https://plus.google.com/109318668583537518813/posts )   agent @RAYNEBLYTHEWOOD digs deeper into the concept of Simulacrums and what this might mean for Hank Johnson.

The word Simulacrum comes from Latin and it means likeness or similarity.  Late in the 16th century it was first recorded in the English language used to describe a representation, such as a statue or painting, especially of a god.

One could gain a large understanding of the Hank Johnson situation by reading “The Circular Ruins” written by Jorge Luis Borges. 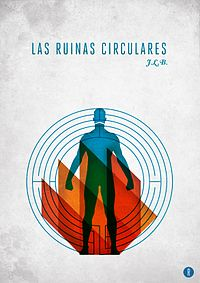 The short story deals with the manifestation of thoughts in the “real world”, meaningful dreams, and immortality.

From a different view one could look at Tibetan Buddhism teachings of spiritual discipline known as Tulpa.  The term “thoughtform” comes from the Tibetan  Book of the Dead. The text is intended to guide one through the experiences that the consciousness has after death, during the interval between death and the next rebirth.

Rebirth in Buddhism is the idea that the evolving consciousness or the stream of consciousness upon death, becomes one of the contributing causes for the arising of a new aggregation.  The consciousness in the new person is neither identical nor entirely different from that in the deceased, but the two form a casual continuum or stream.  Within one life and across multiple lives, the changing self not only affects it’s surrounding external world, but also generates (consciously or unconsciously) it’s own subjective image of this world.  Which it then lives in as ‘reality’.  It “tunes in” to a particular level of consciousness (by meditation or the rebirth) and selectively notices, and interprets what has been sensed to form a distorted interpretive model of reality.  With each rebirth I believe Hank will be able to physically see XM and portals without the use of a scanner device.  His sensitivity will increase each time.

Drawing upon these conclusions leads me to one disturbing question.  How long?  Through my research I’ve located information that could provide that answer.  An ordinary person is trapped in the endless cycle. One is reborn, lives, and dies in endless rebirths, either as a human, animal, male, female, ghost, hell being, or various other entities on different categories of existence.  An ordinary entity has never seen and experienced the ultimate truth of Dharma and therefore has no way of finding an end to the cycle. It is only when suffering becomes acute, or seemingly unending, that they look for a “solution” to and, if fortunate, finds the Dharma.   In Jainism dharma refers to the body of doctrine pertaining to the purification and moral transformation of human beings. For Sikhs, the word dharm means the “path of righteousness”.

See, for instance, the “Snake-Simile Discourse” , where the Buddha states:

In Theravada Buddhism, an Arhat; “one who is worthy” is a “perfected person” who has attained nirvana. In other Buddhist traditions the term has also been used for people far advanced along the path of Enlightenment.  In later Mahayana Buddhist tradition a group of Eighteen Arhats with names and personalities were regarded as awaiting the return of the Buddha. They can be seen as the Buddhist equivalents of the Christian saints, apostles and early disciples and leaders of the faith.

The fetters they refer to are commonly viewed as :

There is still a world of information out there to decipher and interpret. Until then I urge you, fight what you don’t know, until you want what you know.

Stories Do It Again – John Hanke at Recursion Austin…
0